The Office is one of the 19 departments/offices of the City Government of Davao. The office has 49 various positions comprising 6 divisions created under its office plantilla of personnel.

At present, it has a total of forty one (40) appointed officials and employees all of which are in permanent status. Nine (9) plantilla positions are still vacant including the position of the City Legal Officer.

Since the time of vacancy of the position of City Legal Officer last March 2010 the incumbent Assistant City Legal Officer was the one designated by the Honorable City Mayor to act as one. He is assisted by seven (7) lawyers in handling various cases wherein the city or any of its official is a party.

We commit to transform the City’s vision into reality by providing legal services with the highest degree of excellence and professionalism, justness and sincerity, commitment to public interest, prompt, courteous, effective and efficient public service.

Our Goals and Objectives

The Office of the City Legal Officer in the City Government of Davao was originally created on September 12, 1969 under Resolution No. 624, Series of 1969 of the 12th City Council of Davao and approved on December 4, 1969 by then Mayor Eliaz B. Lopez. The creation was in pursuance of Section 19 of Republic Act No. 5185 also known as the “Decentralization Act of 1967”. It provides that “the functions hitherto performed by the provincial and city fiscals in serving as legal adviser and legal officer for civil cases of the province and city shall be transferred to the provincial attorney and city legal officer, respectively”.

Section 481, Article XI, Title V. Book III of Republic Act No. 7160 also known as the Local Government Code of 1991 which became effective on January 1, 1992, enumerates the qualifications, terms, powers and duties and functions of the legal officer. 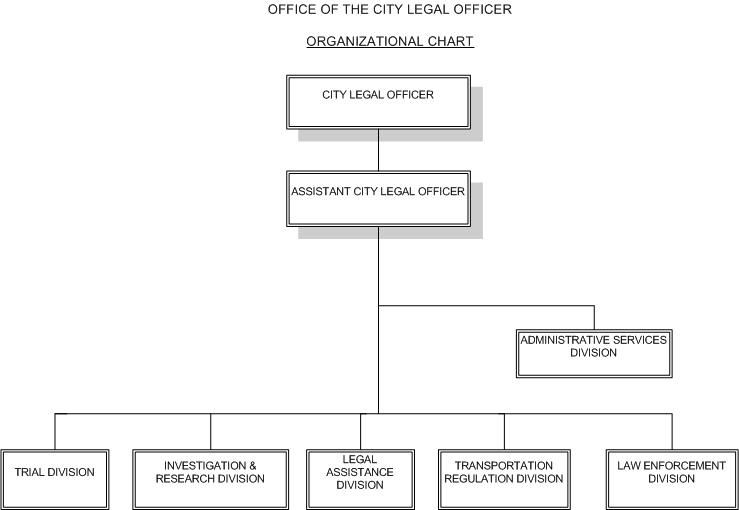